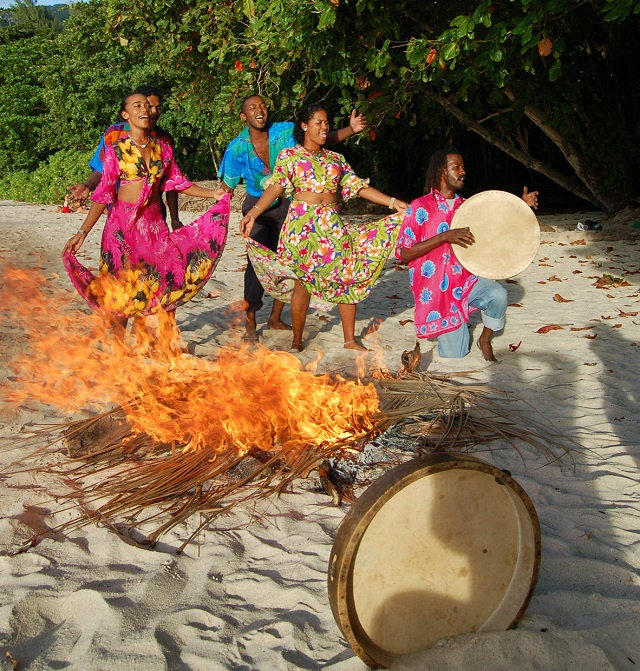 The Moutya dance was introduced to the Seychelles by enslaved Africans who arrived there with French settlers. (Gerard Larose)

(Seychelles News Agency) - The Seychelles' traditional Moutya dance has been added to UNESCO's list of intangible heritage -- the first cultural tradition of the island nation to receive such recognition, an official said on Thursday.

Moutya was added to the list on December 15th and the Secretary General of the Seychelles Institute of Culture, Heritage and the Arts, David Andre, said that this is great news for Seychelles.

"For our traditional dance to make the list, it shows how valuable our heritage is, but now we must work hard to ensure that our Moutya gets the place it deserves, especially among the youth, so that it can continue to be enjoyed for generations to come," said Andre.

In his statement to mark the occasion, the Seychelles' President Wavel Ramkalawan said that December 15th will be marked as an important date in the history of the island nation.

"Seychelles is now sharing its cultural heritage with the whole planet and this is a proud and joyful moment for all Seychellois. Moutya belongs to all people and nationalities because it has been recognised as a dance that has much cultural significance with global resonance," said Ramkalawan.

The Moutya dance was introduced to the Seychelles, an archipelago in the western Indian Ocean, by enslaved Africans who arrived there with French settlers. It was originally performed around a bonfire, deep in the forest in the dead of night. The dance was an expression of resistance, allowing enslaved people to share their suffering and sing about the difficulties they faced, far from their masters' ears.

While the dance has been recognised by UNESCO, it is not so well known among the youth in Seychelles.

Andre said that what is needed now is to get more young people involved with the dance and for artists as well to use it, where through creative ways it can be made more appealing to the younger generation.

"If we want the dance to be passed on through the generations, it needs to be included in the education system, where children will be able to learn it and in turn value it, to ensure it does not disappear," said Andre.

Seychelles first submitted the Moutya to UNESCO for consideration in 2019. That application was initially rejected due to a lack of information.

Arts & Culture » Be a reporter: Write and send your article » Subscribe for news alert
Tags: list of intangible heritage, UNESCO