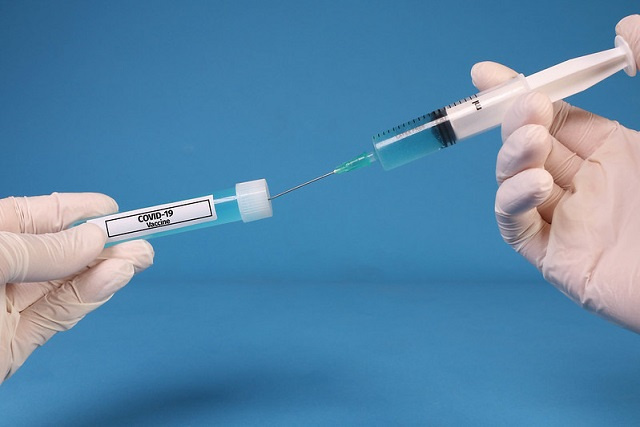 The campaign will also give the Ministry an idea of what the public concerns will be around the vaccines so that they can be addressed. (Marco Verch, Flickr) Photo License: CC BY 2.0

(Seychelles News Agency) - The Ministry of Health is planning a public health education campaign around COVID-19 vaccines and the roll-out in Seychelles next month, a top health official said on Thursday.

Dr. Sanjeev Pugazhendhi, a policy analyst at the Ministry of Health, told a press conference that although there are legitimate concerns with the vaccines, there is a lot of misinformation and disinformation being shared on various media platforms.

The campaign will help inform the public on what to expect and will give the Ministry of Health an idea of what the public concerns will be around the vaccines so that they can be addressed.

On the progress towards vaccination of the Seychelles' population, he said that "we've already received the 50,000 vaccines from UAE which is suffice to immunise around 22,000 people in the country... With the promised 100,000 Moderna vaccines from an anonymous donor this will allow us to immunise a further 45,000 people," said Pugazhendhi.

Herd immunity occurs when a large portion of a community becomes immune to a disease, making the spread of disease from person to person much less likely. As a result, the whole community becomes effectively protected -- not just those who are immune.

"These vaccines based on their trial results to date have all been shown to have a good safety profile however there are variations in terms of the logistics and storage conditions for these vaccines and the way they are administered versus the efficacy," he added.

Seychelles, an archipelago in the western Indian Ocean, has to date reached a total of 217 cases out of which 16 are still active, however there have been no deaths.

On the new strains of the virus, Pugazhendhi said the Ministry is aware of one reported from the UK and another from South Africa which from preliminary reports appear to be more infectious in terms of their chances to spread.

"As such, we've had to impose several travel restrictions on people coming from the United Kingdom and South Africa," he added.

With the festive season in full swing, Pugazhendhi advises people "to avoid large gatherings, to try and shop in off-peak hours, ensure consistent and correct use of face masks and try to maintain at least 1 metre distance with others especially if they are not from the same household."

Seychelles to receive 350,000 COVID vaccines; campaign could begin in January